» What To do » Historical Attractions » MacGillivray Centre 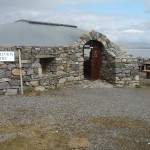 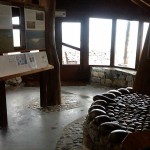 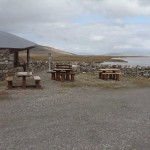 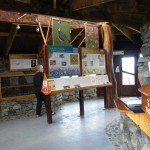 MacGillivray Centre has been built to celebrate a local man who made and impact on the Natural Sciences.  The extracts below are taken from the interpretive boards within the Centre.  An excellent place for a picnic.

‘William MacGillivray was born in 1796 in Aberdeen but spent most of his early years on his uncle’s farm at Northton, where he was sent at the age of 3 when his father went as a soldier to the Napoleonic wars in Spain.  He took an MA degree at Aberdeen and began studying medicine.  Two surviving journals tell of a year spent studying wildlife in the Western Isles in 1817/18, published in 1996, and of an 800-mile walk from Aberdeen through the Highlands and down to London in 1819.’

‘From a humble background, William MacGillivray rose to become Regius Professor of Natural History at the University of Aberdeen.  During a career lasting barely 30 years, he wrote some 20 books and scores of learned articles on subjects ranging from botany to geology to molluscs.  In his own five-volume ‘History of British Birds’ and his work with the American bird artist John James Audubon, he can fairly be said to have laid the foundations for modern ornithology in both Britain and the United States.  Like his friend Audubon, he was a talented painter, leaving a collection of more than 200 watercolours now held in the Natural History Museum in London.’